We've heard about their year from a parent perspective but how did some of the Racescene Female Development Academy Team Members find their 2020... we spoke to a few of the girls about how the coronavirus pandemic affected their year. 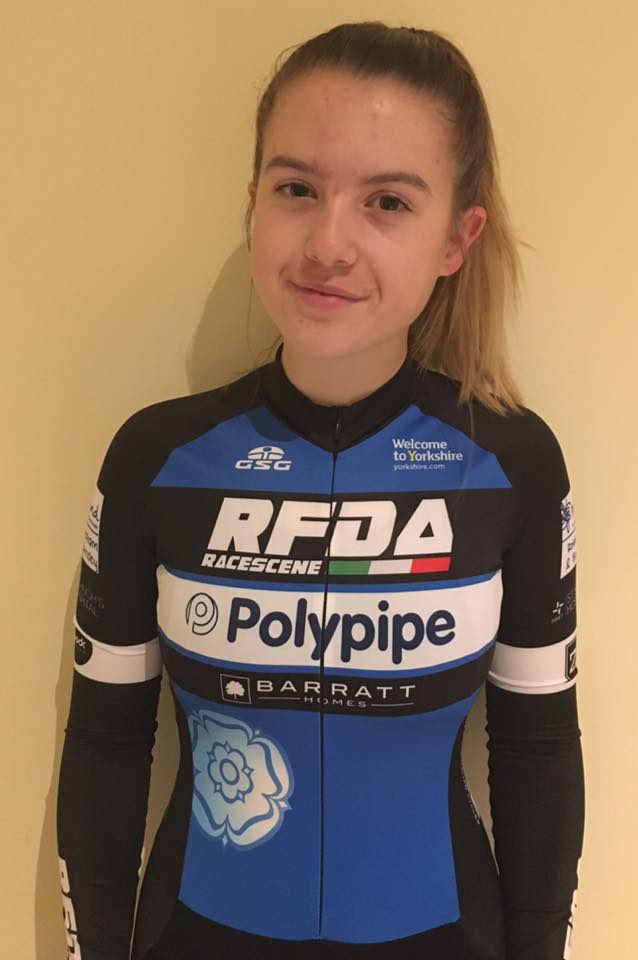 Even though this year has been a struggle, I’ve really enjoyed being able to ride my bike everyday. I was lucky enough to compete in some events earlier on in the year before lock down: derby track league and the woolly mammal series where I bagged a first in both races. Unfortunately lock down did put a stop to many of my racing goals that I was hoping to achieve this year; like a podium at national track championships and getting to ride Madison with my team mate Evie Black.

Although racing was put to a halt, I managed to get some training done in the alps and Calpe this year as well as a few GB camps too. At the GB camps I was able to see Evelina and some more of the other RFDA girls at the race camp in March which I really enjoyed. During Lockdown I’ve just been smashing miles into my training more than the intensity due to not knowing when my next race would take place. I did most my rides solo so when we had an RFDA training ride after lockdown it really boosted my motivation and was nice to be able to see everyone.

My standout moment of the year was definitely completing a 26/7 hour week of training on the bike with Erin Avill and Amy Mourne. 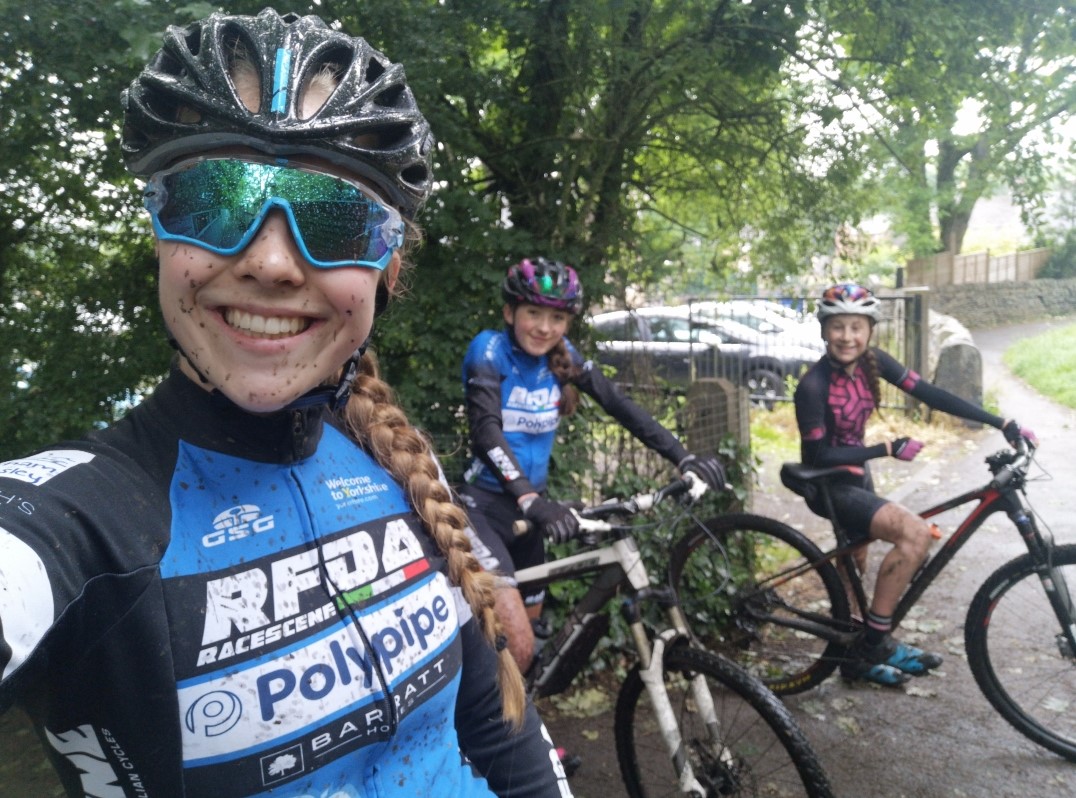 I found the year quite disappointing as I'm sure many people did as all of my races were cancelled so I never got to race my first year as a junior where I would get the chance of racing on open roads in extreme endurance races. I still managed to get in lots of training due to sport being allowed but was frustrated I couldn't put my fitness to use and race with some of the best women in the country in some very large events I had entered.

During lockdown I mostly filled my time with training as exercise was the only thing I was allowed to during lockdown. I also got a job in my local bike shop to continue with my cycling passion. Bike shops were one of the only retail shops open in lockdown so it was a good method to keep busy.

As far as events go this year we still managed to get together as a team a couple of times. First of all we had a recce of a more local race that was planned to be the following week just before the lockdown and rode to and around the course including some race style efforts. We also managed to arrange a group ride in groups of 6 later in the year where we did an intense ride round the Matlock area riding as a team (even if it was bunched into groups of 6) properly for the first time this season. Unfortunately all of the road season was cancelled so i didn't get a chance to do any events racing for RFDA this season.

I have managed to train with only locally living riders during COVID-19 such as Amy Mourne which was great to still see some people but was disappointing compared to the usual training and meet up sessions the team has together.  I would say the stand out moments of the year would simply be the time we spent riding as a team, especially when we rode together to go over the course before the seacroft race because we also got to spend time together not just cycling after this event as we went bowling after.

I started the year at NSR (National School of a Racing) with my only road race of the season, a Circuit race at the Tameside track which had a National standard field in attendance due to the NSR. I finished near the front of the bunch sprint.

During Lockdown I trained hard on my own out on the roads and with friends on Zwift. As soon as we were allowed, I began riding and training with my friends again.

The Velodrome finally opened later in the summer and I managed to get there for a few training sessions. I attended 1 track Friday night League with Evie and Leah from RFDA before Manchester went into Tier 3 and everything stopped.

Cyclo cross organisers have managed to put a few events on. I've ridden 6 Cyclo cross races since September including a National event in the Lake District which was extremely muddy but great fun. It’s been great to get back racing. 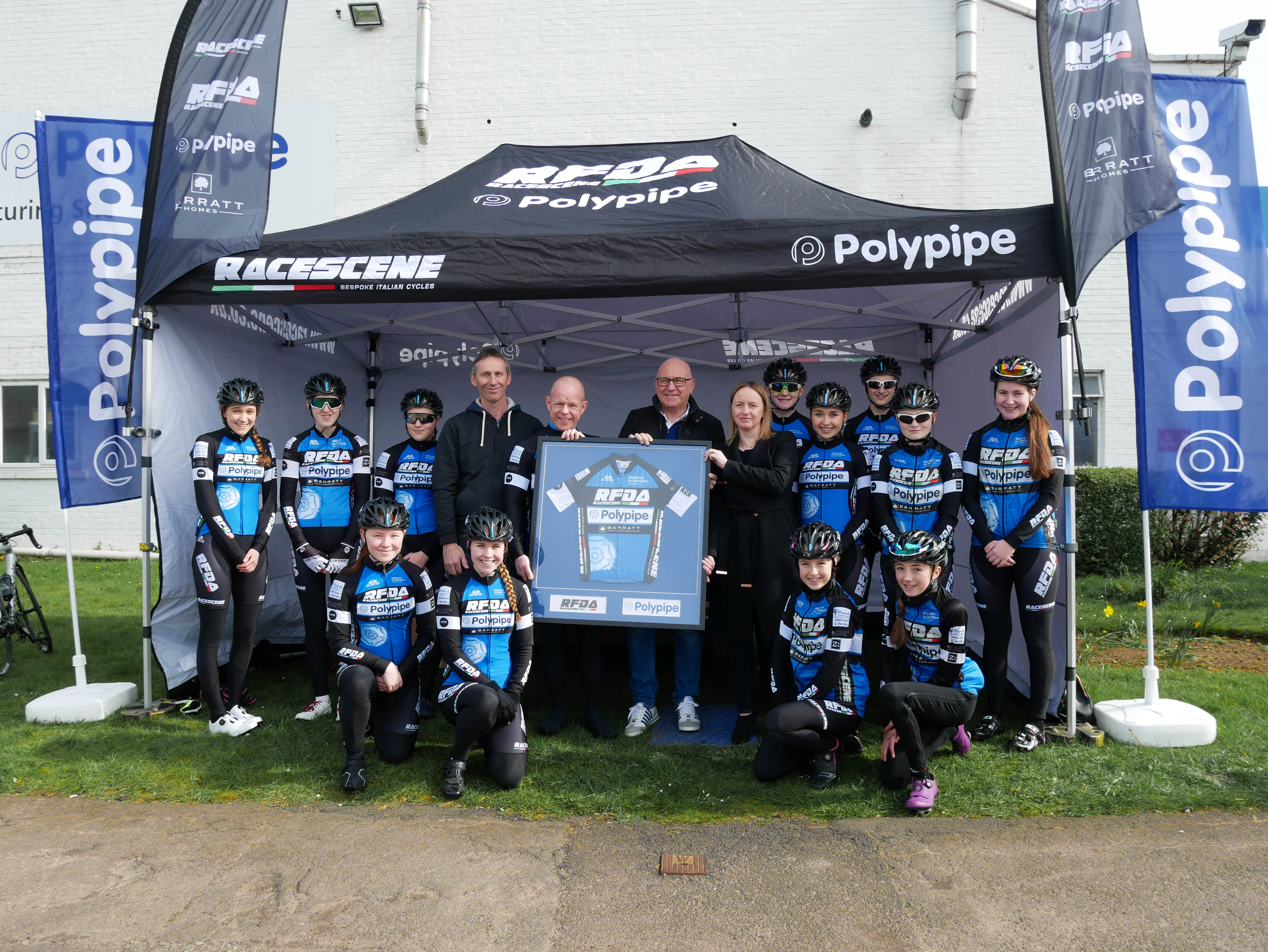 Everybody here across Polypipe Group wishes the girls the best for 2020. Fingers crossed they can get back out racing properly next season.