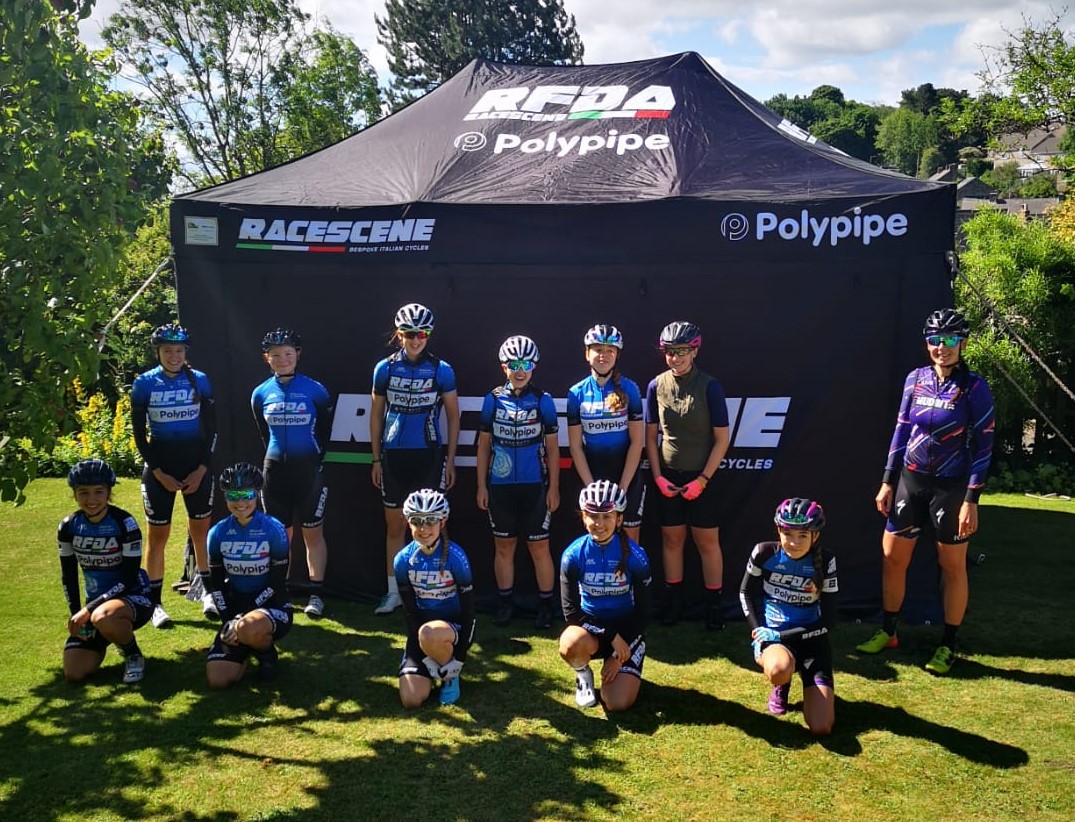 For obvious reasons, 2020 has been like no other season in the world of cycling.

Apart from some early races in the Yorkshire Winter Series, there has been no road racing for the Racescene Female Development Academy (RFDA) team all season. A packed race calendar with several National Series events, as well as a proposed international race in Belgium, all went out of the window when COVID-19 took a firm hold on the UK.

Cycling is not just about racing, it's about a way of life, an appreciation for being outside, a way to explore the world around you, a means to keep both physically and mentally fit - and a chance to spend time with like minded people (whilst following the latest guidelines). The support of our sponsors has allowed us to support the team through these unprecedented times and to encourage them to get out on their bikes and to feel free during periods of lockdown.

A number of our girls had the added pressure of GCSE and A-Level exams/results this year and again, we tried to motivate the girls to get out on their bikes in order to release some of that pressure and stress with otherwise could cause real problems.

Early on in lockdown, we devised a weekly Strava challenge where the girls would record their own weekly totals of distance travelled and altitude gained. By recording both figures it meant that those living in flat areas were likely to win the distance challenge, but those lively in hilly areas the altitude challenge - or so you would think! There were some really impressive rides and on a few occasions girls were able to win both categories. A number of riders were riding over 200 miles a week and showing real enthusiasm for just being on their bikes. Over a 12 week period, the team managed to ride 25,115 miles (enough to circle the globe) and climbed a staggering 1,401,304 feet (48 times the height of Everest).

By early July, restrictions had started to relax and the team arranged a meet up in the Peak District. A challenging ride was planned, but the aim was to just get a group of riders together to enjoy being fit and on their bikes. We were lucky to be joined by former professional cyclist and Olympian, Nikki Brammeier. The team were excited to meet her and she was great company on the ride, answering all the questions that came her way.

The team were hopeful of some racing throughout the Summer but no road racing materialised. Some of the team rode some local time trial events and some girls road some early season cyclocross events, but the road racing season was unfortunately non-existant.

The team have had a great year of cycling, if not competitive cycling, and would like to thank our sponsors (particularly Polypipe and Barratt Homes), team management and parents for their support through a difficult time.