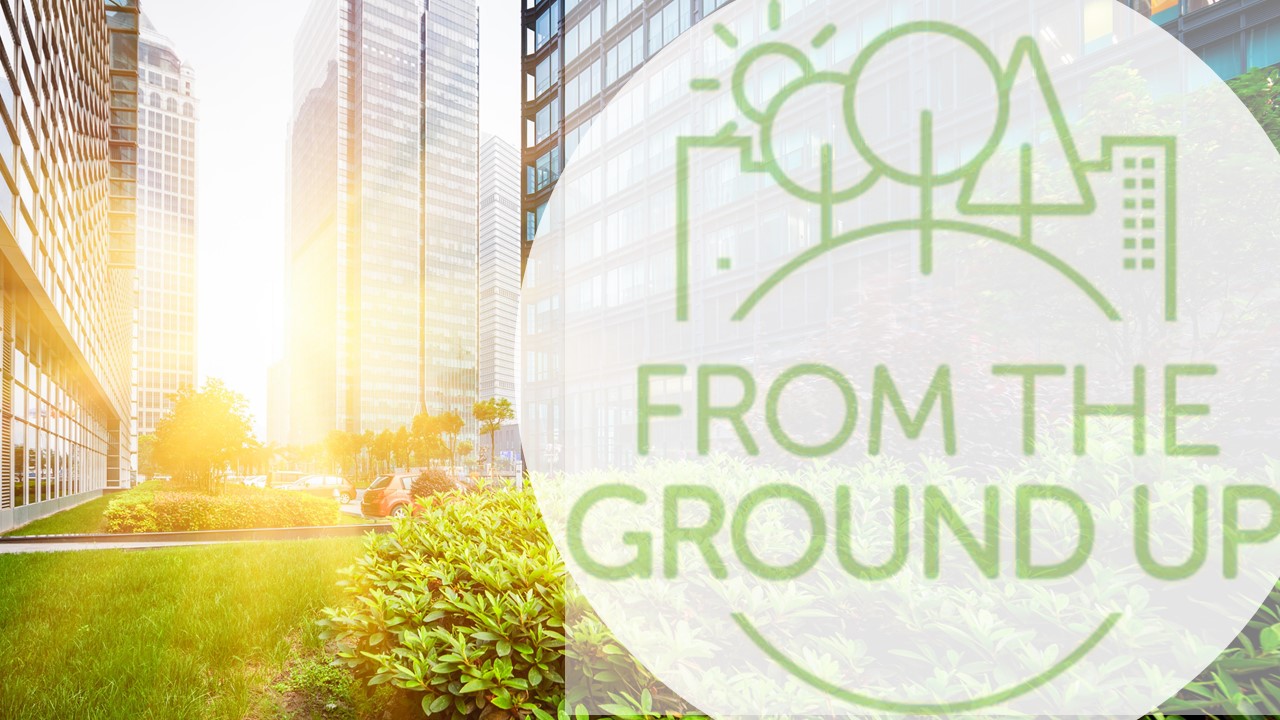 Green Urbanisation (GU) is a necessity that more than pays for itself, according to speakers at the latest e-roadshow on Realising Resilience presented by Polypipe Civils & Green Urbanisation.

Charlotte Markey, Green Urbanisation Innovation Manager at Polypipe, opened the roadshow, Changing Legislation and Growing Ambition – Planning for Green Infrastructure and SuDS in Northern Ireland, by explaining how green urbanisation, conventional rather than Green Infrastructure offers the chance to provide both volumetric and green asset resilience. Retrofit schemes such as the blue-green roof for Dublin’s Weatherspoons, which is currently underway, offer the opportunity to increase diversity while lowering the burden on sewer networks.

Far too many in construction believe that SuDS and similar green initiatives are an expensive luxury rather than a requirement that creates value, argued Dr Christine Doherty, Derry City & Strabane District Council's  Lead Officer for Green Infrastructure.

Derry & Strabane is one of only two of the 11 councils in Northern Ireland to have produced a Green Infrastructure plan, said Dr Doherty. A natural capital account has helped demonstrate the value of green and blue infrastructure, she said. “The council supplies more than £75 million in benefits to residents each year through its green spaces and these don’t cost much to provide – only £1 to deliver more than £22 of benefits. Altogether green spaces provide more than £500 of benefit for each adult resident each year.”

The key to building an effective green infrastructure, Dr Doherty explained, was to build in multi-functionality so that each green space, such as a park, or a blue space, such as lake, fulfilled more than one aim. So, for example, the £6 million restoration of Brooke Park in Derry boosted both tourism and the economy, while at the same time improving health for residents by providing a recreational area in which to exercise, a café with a green roof, training for local people and play areas for children. Similarly a reclaimed former landfill site, that had been repurposed as a saltwater lagoon, improved biodiversity by attracting migrant birds yet also acted as an outlet to attenuate flooding during rainstorms.

Anthony McCloy of McCloy Consulting spoke of the need to deploy green infrastructure and SuDS to lessen the load on Northern Ireland’s ageing sewer network – and reduce the need for capital investment to upgrade waste water treatment works and other infrastructure. “Parts of the drainage system in Northern Ireland are at capacity or reaching capacity,” he said. Failure to address this would stifle economic development, he warned.

Harnessing the value of rain water can make a vital contribution to placemaking, bringing broader benefits to towns and cities, argued McCoy. “Rainfall is currently regarded as an issue, to be removed as quickly as possible,” he said.  “We need to change that way of thinking so that drainage is linked to the Green/Blue infrastructure and becomes an asset.”

There are hurdles to overcome first, however, explained McCoy. Currently only ‘hard’ SuDS, such as underground tanks or oversized pipes, can be adopted in Northern Ireland. And there is also a misperception that SuDS are land-hungry and costly, partly due to a client mentality which procures design on lowest cost rather than highest competency. “For me, it’s about the design community engaging with the range of techniques that are already there,” he said, “if something is well designed, with well-designed SuDS, it costs less to develop but more to design. It’s about looking at the quality of design.”

All the guest speaker presentations for the Northern Ireland e-Roadshow event can be viewed at https://www.polypipe.com/news

The final event of the series, on 18 August, concentrates on Scotland  and the challenge of Delivering Active Travel through Integrated Green Infrastructure.

For information on this and details of how to register visit: - https://www.polypipe.com/roadshow-2020