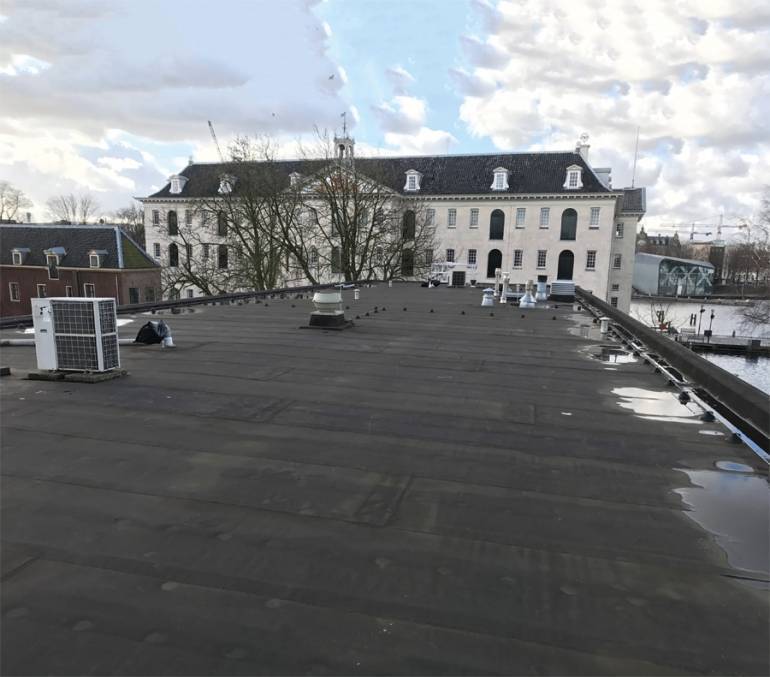 According to a far-reaching study by the Met Office, the UK’s climate is changing; bringing more warm spells and tropical nights...

The Met Office also states that while the UK’s summer rainfall has been decreasing on average since the start of the 20th century, it has increased during winter, says Sean Robinson, Specification Director of Water Management Solutions at Polypipe.

For building design in the UK, this could mean a complete rethink in the materials we use and the functionality of buildings. Solutions will be required to minimise the rising temperature hot spots in cities – the urban heat island effect – and to effectively manage the increasingly frequent rain deluges.

Green roof systems are promoted as a climate adaptation measure to lower air temperatures and improve comfort in urban areas, especially during intensive dry and warm spells. However, there is much debate on the effectiveness of this measure because of a lack of fundamental knowledge about evaporation from different blue-green roof systems. To further the debate, Permavoid, along with Dutch businesses, Governments and stakeholders have collaborated to conduct an independent study, under the guidance of KWR Watercycle Research Institute, to determine the energetic, hydrological and ecological functioning of different vegetated roof systems in Amsterdam.

Project SmartRoof 2.0 research points to the use of blue-green roofs as a viable, scalable solution that could be effective across UK cities.

The Project SmartRoof 2.0 research project started in April 2017 and aimed at determining hydrological, thermal and biodiverse functioning of blue-green roof systems in the urban environment. The goal was to harvest and store as much rainwater for capillary plant irrigation as possible and use drinking water only in cases of extreme prolonged droughts.

The hypothesis from the Permavoid experts was that plants in blue-green roof systems have a higher urban cooling capacity, can enable a wider plant species selection due to improved water availability, as well as reduce the precipitation lost to sewer discharge.

A total of three research plots (4.2 x 4.2m each) were constructed within a 440m2 blue-green roof garden in Amsterdam.

One plot was constructed like a conventional extensive green roof, equipped with a 25mm drainage mat and a 4cm substrate layer. The other two plots were equipped with a Permavoid 85mm drainage, storage and capillary irrigation system, with water storage maximised (by overflow) to 30mm out of the available 80mm capacity (due to weight restrictions on the roof). One was covered with a 4cm substrate and the other with an 8cm substrate. Surface and air temperatures on an adjacent reference black bituminous roof were also monitored.

After placement of sedum mix blankets, 40 plant species native to Europe were sown on the sedum carpet/substrate to increase the biodiversity and to give insight in the change in plant species distribution over time. All plots received the same initial vegetation and seed mix as well as the same maintenance and fertilisation regime throughout the entire research period.

What the results show

After the initial month of establishment, the plots did not receive any water other than rain. The vegetation started as a sedum-dominated mix and quickly developed into a grass- and herb-dominated vegetation on the capillary irrigated plots.

The plant cooling capacity is directly linked to the amount of water plants can evaporate during growth. Water availability for plant growth directly determines or limits plant cooling and with that their urban heat island reduction capacity.

The three research plots showed distinct differences in actual plant evaporation rates. The capillary-irrigated plots show evaporation fluxes of ca. 3mm/day (3 l./m2 per day) on average during summer, with up to well over 4mm/day especially in late spring 2018. This is very much in line with the potential evaporation of normal natural vegetation at ground level in the Netherlands.

The results show that on a conventional green roof with sedum vegetation, total growing season water shortages can be reduced from 28 to 4% by increasing the amount of water stored in the drainage layer from 0 to 80mm. For a grass- and herb-dominated vegetation, water shortage is reduced from 29 to 12%. This lesser reduction is caused by the fact that the modelled potential evaporation of a grass/herbs vegetation is higher than that of the sedum-dominated vegetation.

To achieve maximum evaporation to maintain the growth of roof vegetation and to generate the urban cooling effect, based on 80mm of water storage, 70mm of extra irrigation water would be needed for a grass/herbs vegetation and 15mm for the sedum-dominated vegetation.

During the research period, the hydrological performance – in the sense of evaporating precipitation water instead of discharging this water to the sewer – was also greatly improved by the blue-green roof system: total average precipitation water evaporation for sedum increased from 290 to 386mm and for the grass/herbs vegetation, from 414 to 515mm.

The storage of precipitation and capillary irrigation of the roof vegetation proved to be an effective measure for increasing total annual evaporation. Moreover, due to the higher water efficiency of sedum vegetation, it takes longer before the water runs out in the system and evaporation declines. The results showed that when storing up to 80mm of water, sedum vegetation is sustainable in the long-term.

Not only is a blue-green roof relatively simple to install and maintain on a large enough flat roof area, but the spaces created can offer more benefits for the end-users of the site, by increasing usable green spaces for amenities, which, in turn, increases biodiversity and can assist with climate cooling. The research from Project SmartRoof 2.0 demonstrates that in order to have the urban environment benefit of green roofs, we have to add water to these systems so that plants can flourish. A blue-green roof system also enhances how urban space can be better used in a multifunctional way.