Polypipe saddles up for sponsorship of fledgling female cycling team 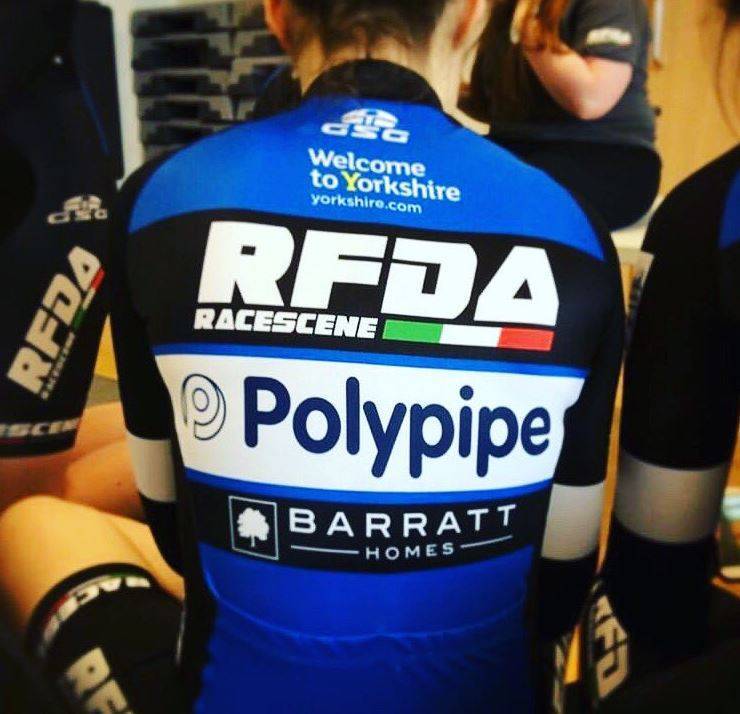 Polypipe is to become a principal sponsor of a new all-female competitive cycling academy.

The Doncaster-based manufacturer of plastic above and below ground drainage and water management systems will rekindle its long association with national cycling by backing the new Racescene Female Development Academy (RFDA) for the 2019 race season.

The RFDA is a Yorkshire-based female youth cycling team for young riders aged 12 to 16, who will be competing in regional and national road and town centre series races throughout 2019.

The riders will receive expert racing, nutritional and team management coaching with access to sports nutritionists and psychologists as the organisation looks to develop the female talent that can go on to compete in professional events.

Polypipe has a long history of supporting UK cycling teams, even owning its own racing team in the 2015-2016 season, and regularly enters teams to compete in amateur and charity cycle races in the UK and across Europe.

Polypipe will provide the academy with vital funding, marquees for shelter at the race events, and a range of marketing support to raise the profile and highlight the successes of the team during the season.

The RFDA has also teamed up with Mind (Rotherham & Barnsley), and will be promoting the mental health charity to highlight the pressures on young people across communities in Yorkshire.

“Women’s and youth cycling is on the rise, but the sport needs more females cycling in order to progress the sport. Our aim is to build an effective team ethos developed through regular training sessions, both in the UK and abroad, and developing links with a continental team. The dream would be for a graduate of our academy to compete at the highest levels, including the Olympics.

“We want to develop young cyclists by supporting them emotionally, mentally and physically. We aim to provide the opportunities to allow our riders to grow in confidence and excel not only in the sport of cycling, but in all aspects of their life.”

“As a Yorkshire-based business that employs significant numbers of people across the region, we are proud and excited to be backing this fantastic new initiative that will support the next generation of home grown athletes.

“Cycling is growing in popularity and participation at all levels, with the county coming together each year for the Tour de Yorkshire and I am delighted that Polypipe is able to take an active role in supporting talented young female cyclists who want to compete and excel at the highest levels in the sport.”

The RFDA will be officially launched Wednesday 6th February in Leeds, and the team will be training and competing in races throughout Yorkshire and the wider UK during the 2019 season.

The long term goal for RFDA is to create an under-23 team and the academy is actively looking for people to work from the junior ranks through to senior competitions.

More information can be found here.