Polypipe has seen its Ridgistorm-XL large diameter piping system used as part of a flood alleviation scheme for Welsh Water.

The Gulls Way capital works scheme in Heswall, Wirral, required combined sewer improvements along an existing residential street where the existing 450mm concrete sewer had insufficient capacity to cope with high volumes of rainfall, causing the surrounding road and a number of properties  to flood during storm events.

As well as providing Ridgistorm-XL pipes in 900mm diameters, Polypipe also utilised its large diameter piping and its ability to prefabricate structural components to create a number of 1500mm chambers and unique modular ‘H’ access manholes to sit between the pipe runs.

Dave Owens, Senior Engineer at AECOM, said: “Our key aims on this project were to save time and cost associated with in-situ construction whilst minimising disruption to residents in the immediate local area, which is why using a prefabricated system from Polypipe was ideal for the Gulls Way project.”

Paul Hancock, Project Manager, Costain said: “Our biggest challenge was minimising disruption to the local residents affected by the flooding scheme. The Polypipe system limited the amount of work undertaken in the Highway and ensured that we were able to progress much quicker than if we had used more traditional methods.”

Polypipe was able to deliver the chambers to site with internal benching and step runs incorporated, and the light weight nature of their plastic systems – combined with Ridgistorm-XL’s factory fitted lifting points – meant that the new combined sewer system was able to be installed much quicker and safer than would have otherwise been possible, minimising the project’s impact on road users and local residents.

Sean Norris, Water Sector Project Manager for Polypipe, said: “The Gulls Way project was collaboration at its best, with all of the partners and the end client keen to provide the most effective solution possible. Our technical expertise and manufacturing capabilities meant that we were able to negate many of the potential issues that a project such as this can face and provide an engineered solution that met the needs of all parties exactly.” 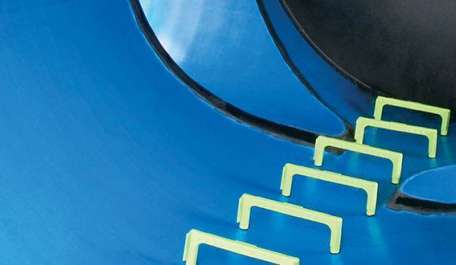 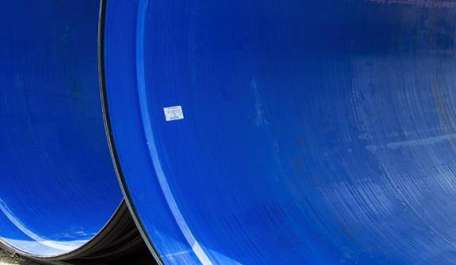 Ridgistorm-XL is an engineered large diameter pipe system, in diameters 750-3000mm, for use in a wide variety of applications including surface water