Manchester Airport, one of the busiest in Europe, required a surface water drainage scheme that could be installed with minimal disruption. 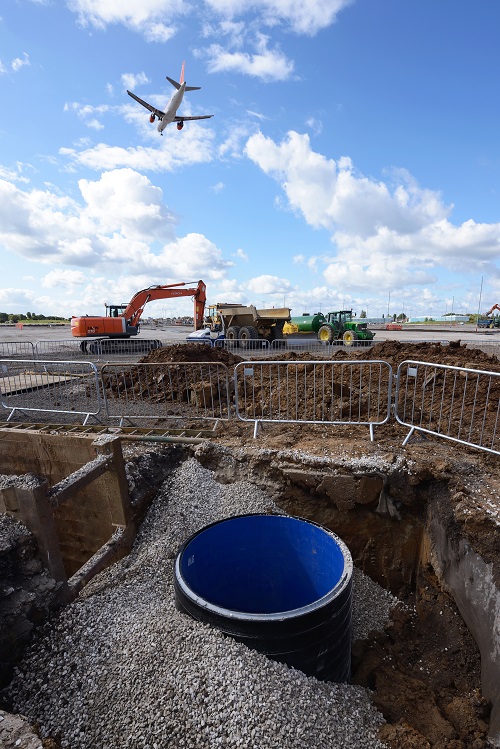 An increase in routes and passenger numbers meant that Manchester Airports Group Plc (MAG) required a new shuttle bus route and 9,000 extra car parking spaces at the already popular Manchester Airport. Working closely with the project’s chosen contractors, Polypipe was tasked with engineering a surface water drainage system to minimise disruption to travellers, enabling the facilities to remain operational in the event of a storm.

The Polypipe team set to work creating an intelligently engineered drainage system utilising pipework from 150–1200mm in diameter which incorporated Ridgistorm-XL large diameter pipe and the popular Ridgidrain and Ridgigully products. The system allows surface water from the new car park’s surface to be captured and carried through a number of drainage runs and pre-fabricated chambers before entering the existing sewer run on the main link road between the car parks.

Polypipe manufactured and supplied more than 100 Ridgistorm-XL modularised chambers for the project, in diameters ranging from 900mm– 2,700mm. Alongside this, Polypipe designed a number of RIDGISTORMSeparate Catchpits, RIDGISTORMCheck Orifice Plate Flow Control Chambers and RIDGISTORMControl Chambers with flow control valves and penstocks, to restrict the flow of water downstream to avoid overwhelming the sewer system. In particular, was a flap valve within a 1500mm RIDGISTORMControl Chamber to prevent water returning after being dispelled.

As Polypipe’s plastic products are lighter in weight than traditional material counterparts, smaller lifting equipment could be used during the installation phase, offering a number of cost saving benefits. As Polypipe manufactured its chambers to include Lifting Points, it made lifting during installation quicker and safer than may have been possible otherwise. 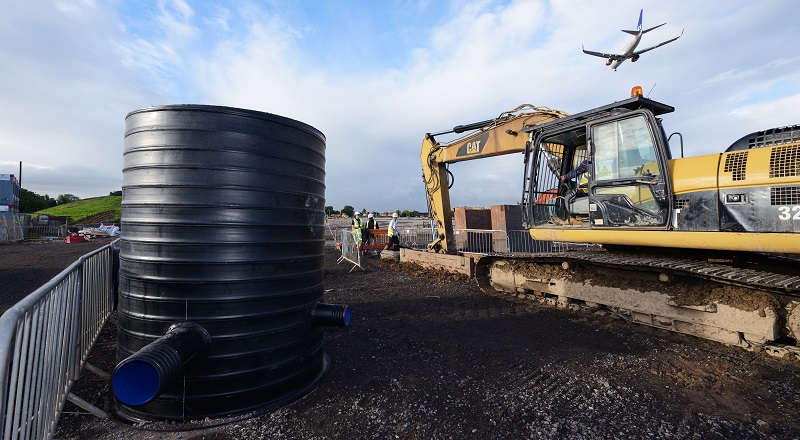 A key consideration for MAG was ensuring that the specified system could be easily sourced, and that guidance from the manufacturer would be readily available.

Initially MAG believed that the scale of this project meant it would be necessary to source products from a number of companies, however Polypipe’s complete range of solutions, along with the expertise of its team, meant that a full package of bespoke pipes and chambers could be sourced and installed to schedule.