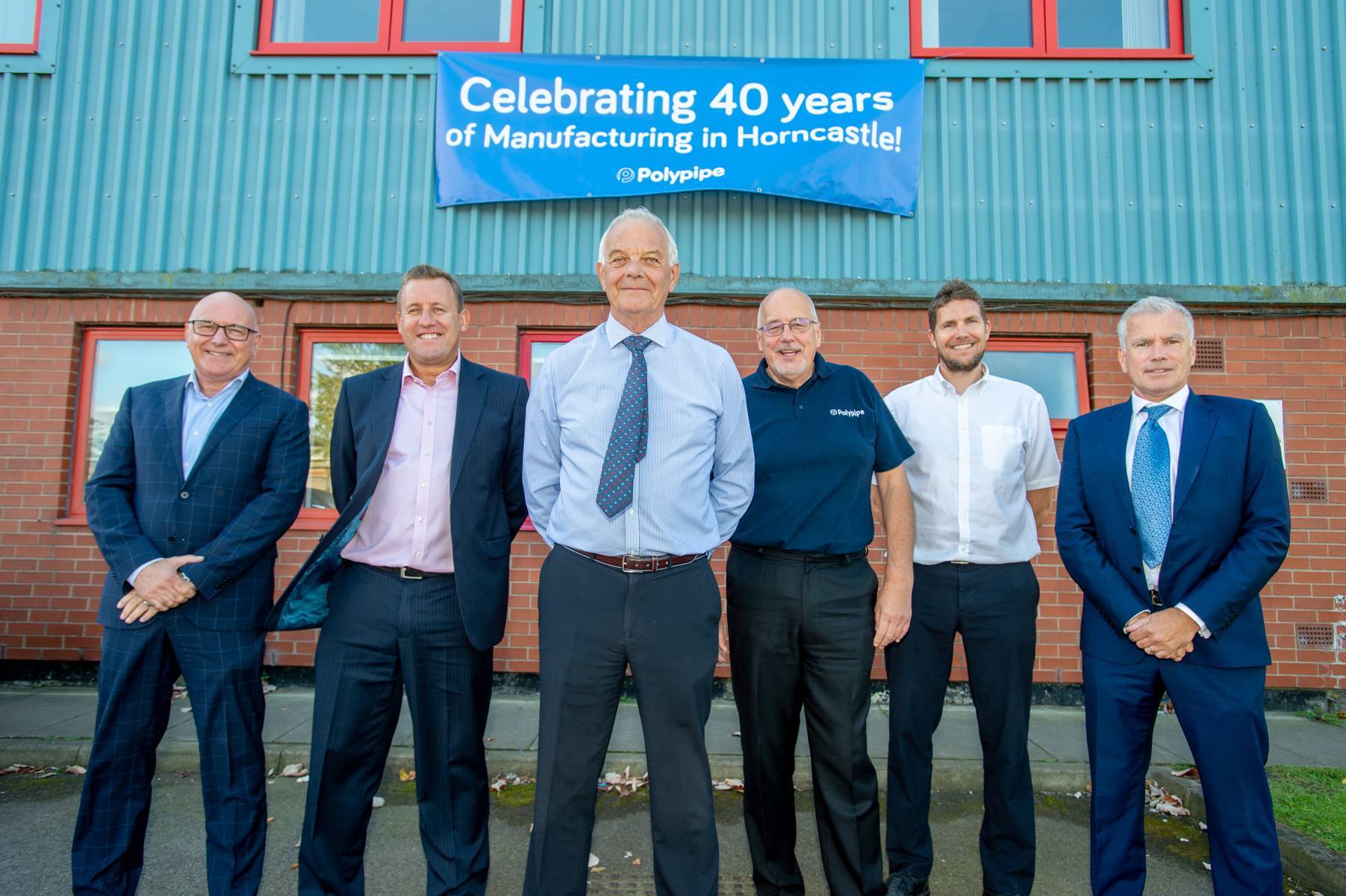 In 1979, a company called Norflex who produced PVC Land Drain moved to Horncastle, after John Bush, Polypipe’s current Operations Director visited his family at Christmas and spotted the empty factory. Polypipe bought Norflex in 1996 and here’s the story of how Polypipe found a place for their manufacturing facilities in an Eastern England county, Lincolnshire 40 years ago.

Back then the Horncastle site was a small pre-built factory at just 5000 square feet with half an acre of land.

Norflex started with only twelve employees and one machine which has only recently been replaced. Shortly after the manufacturing started at Horncastle, another land drainage machine was bought and now at Horncastle there’s 23 extrusion lines 19 injection moulders and a blow moulder.

The original Norflex team of twelve did everything from taking orders to delivering pipe. The company gradually expanded by producing PVC Duct in addition to Land Drain.

In 1998, as the teams and products grew, Polypipe expanded the site to add another unit and bought an extra fourteen acres of land.

Over the next ten years Polypipe increased the manufacturing area and brought in injection moulding, this included the Polystorm product which started production in 2004 with just the one machine. Now Polypipe has twelve injection moulders making over 4000 Polystorm units per day.

In 2019, after 40 years of hard work, Polypipe has approximately 150,000 square feet of manufacturing area including an engineering department, Quality Control, and some internal storage, on a 29-acre site and 300 employees.

When asked if John thought Polypipe would get to where it is now he commented:

“I’ve never really thought about this, we have always had a ‘can-do’ attitude and accepted all challenges we faced. With continuous support from Group with some major investment, it has enabled us to be the company we are today.

We would not be where we are today without the continuous support and commitment from the workforce, some who have been here from the early days who have worked through the good times and in the early years, some very difficult times.

I am very proud that we have helped put Horncastle on the map, and what we have all achieved over the years.”