On 7 January 2019, Welsh Government made it a statutory requirement to have Sustainable Urban Drainage Systems (SuDS) in place to manage on-site surface water, for all construction work in Wales of 100sqm or more, whether they require planning permission or not. The SuDS must be designed and constructed in accordance with the Welsh Government standards. Under Schedule 3 of the Flood and Water Management Act 2010, there are new mandatory SuDS design standards for Wales and the SAB adoption and maintenance of SuDS systems.

From 7 January 2020, all applications for reserved matters also had to provide a separate SuDS application.

There are only a few types of development which are exempt from the requirement for a SuDS application, and these include:

Welsh Government took the decisive action to implement this process and the key drivers to name but a few, are some of these:

The SuDS application is dealt with by the SAB Approval Officer and some authorities in Wales have one officer for combined areas (such as Caerphilly and Torfaen) and others are individual.

The initial concept drainage design is now expected to be included as part of the pre-application stage of the planning process. The formal SuDS application is made to the SAB Approval Officer at the same time the planning application is made. The determination period is 7 weeks and no engagement is allowed to take place during this time with the officer. Although the entire SuDS application process is dealt with via separate approval body, the appeal process is through the Planning Inspectorate. I have conveyed to the Water Branch of Welsh Government that the Inspectorate do not have the skill set to deliver this and the appeal ends up being dealt with by the refusing SAB Officer. Consequently, there isn’t an adequate appeal process and as you cannot implement any planning permission without the SuDS application being approved, there
have been instances of significant delays to construction, where discrepancies on the flow rates run-off rates are prevalent.

Originally, the new SuDS process was envisaged to be delivered as part of the planning application process, but somewhere along the lines, probably because of the legislative
requirements, it ended up being an entirely separate system. The two separate applications are intended to ‘dove tail’ and decisions should be reached simultaneously. Unfortunately, this is infrequently the case and there are a number of reasons for this. There have been teething problems as one might expect, with the new procedures and learning the new process and mechanisms.

Wales has been seen as pioneering by actually making this a legislative requirement and the process is being followed closely by our neighbours in England. Although, I would recommend a number of improvements that can be made to the system before it is introduced.

Below are a few issues that have been raised, alongside some others, which have been reviewed by the Water Branch in Welsh Government.

• The threshold for SuDS applications is very low at 100sqm; a suggestion would be to have different levels of information required for smaller scale developments (e.g householder extensions or site compounds)

• There are no statutory timeframes for the SAB officer to respond to the SuDS preapplication, which often results in responses being given after lengthy periods of time. A request to introduce a timeframe in which they must respond, similar to that with planning of 21 days has been made. This would allow better and timely communication.

• The Regulations do not permit any engagement with the SAB Officer once the SuDS application has been made. This results in having to wait 7 weeks before any feedback on the design is made and at times, a small change would allow the application to be acceptable. If the SAB Officer refuses the application, there is another 7 weeks to wait while a new one is submitted, correcting any information/ design issue. This also attracts a new fee each time and no ‘free go’ applies, like in planning. As there are resource issues, there have been instances where SAB officers are using this mechanism to delay dealing with applications. This is costly in both time and money.

• Several of the SAB Officers have limited experience and lack the skill set to adequately provide more elaborate answers and frequently refer back to the Regulations, rather than provide more detailed explanations. This has caused many delays on applications and suggestions for the correct skill set and qualifications have been requested when appointing the SAB Officer.

• The legislation is written so that if there is no decision within 7 weeks, it becomes a ‘deemed refusal.’ The planning legislative framework works in the opposite way and you have ‘deemed consent.’ On this basis, there is no incentive for Officers to respond within the timeframe set for the application. It has been requested that this be reviewed.

• There are frequently issues with answering questions on the process /methodology to be used. For example, there are different methodologies which can be used for assessing surface water run off rates. If the consultant asks which method the SAB Officer would prefer, the response given is usually for the consultant to choose the method and then justify why that has been chosen. When the information is then submitted, the SAB Officer then asks for a different methodology to be used. If the SAB Officer had simply confirmed which methodology was wanted in the first instance it would save considerable delays, as it results in the SuDS application being refused.

• Finally, there have also been concerns raised by developers regarding the cost of the SuDS application, which has fees calculated based on the schedule in the Regulations. There have been instances where the cost of the SuDS for some industrial schemes are in excess of £250,000-300,000. As a result, there are certain land uses where this results in an unviable development. A further suggestion has been to examine different costs for each land use.

The key message that Welsh Government and Welsh Water would like to convey, is that drainage should not be an afterthought. The statutory requirement to submit the SuDS application means that the drainage solutions have to be created at the design concept stage, to ensure that developments are not going to increase the impact of surface water and risk to flooding. The features required to deliver this do impact on planning and a more joined up approach would be beneficial.

Something that remains a concern is that the threshold is so low that even a large house extension (two storey) could be captured and the general public need more readily available advice on this process.

Wales is the UK leader in delivering sustainable drainage, which is very commendable. There are, however, quite a few improvements that need to be made and making the process simpler to manage.

Kathryn has over 15 years’ experience, having worked in 2 multi-disciplinary surveying practices, in London (Cluttons and JLL) and subsequently setting up the Planning business line for JLL in the Cardiff office in 2014 and launching KEW Planning in 2018.  Kathryn has a very strong commercial understanding of the factors that impact on development viability, providing good planning strategy advice.

Kathryn has worked on a vast range of projects throughout her career from super basements in London; serviced apart-hotels; managing the Ministry of Justice portfolio for Her Majesty’s Courts and Tribunals Service; delivering a range of projects with Selfridges (Grade 11 listed and in a Conservation Area) for 6 years including refurbishments, temporary events and the phase 1 masterplan. In the South West (South Gloucester; Bristol; Plymouth) Kathryn has experience of commercial and hotel schemes.  In the last 6 years, Kathryn has worked on a range of projects in South Wales, including housing schemes; multi-million pound school projects and commercial developments.

To register for the Wales event where Kathryn will be speaking about 'How the legislative SuDS regime works in Wales and the implications for Planning' please click here. 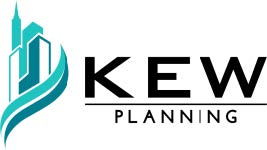