We supplied our Ridgistorm-XL large diameter piping system, Ridgidrain surface water drainage and cable protection products to the project, developed by Verdion. The new logistic park will consist of over six million square feet of warehousing, a new access road to provide direct access from the M18 and a dedicated new 35-acre on-site rail freight terminal.

Working alongside the project’s Main Contractor, Buckingham Group Contracting Ltd and Consulting Engineer BWB, we were able to produce an alternative infrastructure drainage system utilising Ridgistorm-XL in sizes 750mm and 1500mm for conveyance and attenuation of stormwater at the site, in replacement of a previous design consisting of soft SuDS, which took up vital development land. 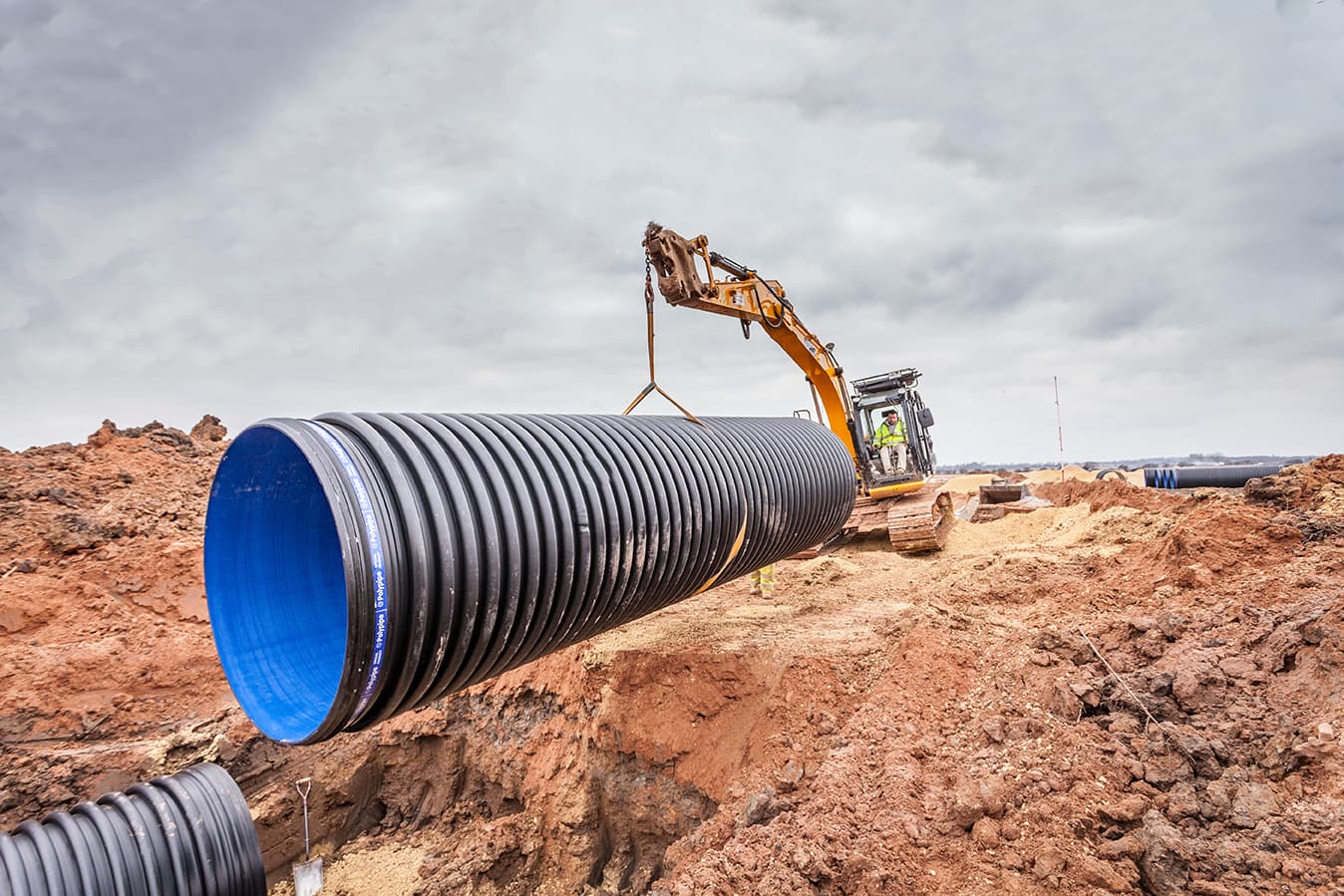 From initial design meetings to final design, approval, manufacture and delivery, we were able to pre-fabricate and supply it’s Ridgistorm-XL within a two-week timeframe. Our fabrication abilities provide significant reductions in cost, time and on-site labour compared to traditional concrete pipe systems and manholes.

Adam Smith, Project Manager, at Buckingham Group Contract Ltd, said: “The initial designs we had did not make best use of the land available, which was of paramount importance to the client, Verdion. BGCL and BWB have invited Polypipe to provide a versatile drainage system that is able to replace efficiently the hydraulic function of the swales within a very short timeframe. From our initial meeting to design, approval, manufacture and delivery, Polypipe supplied it’s Ridgistorm-XL within two weeks to allow us to hit the extremely tight schedule we had to work towards.”